“I am the vine; you are the branches. If you remain in me and I in you, you will bear much fruit; apart from me you can do nothing.”

God works in mysterious ways—ways in which this mission team could never have imagined. Let me tell you a story—a story of 11 disciples who said “yes” to a mission that forever changed their lives and also many incarcerated boys in an El Salvadoran prison. For the record, the 12th disciple, Judas, stayed home. 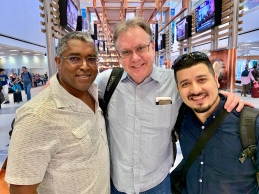 The seed for this unconventional water drilling trip was planted in November 2017, soon after our team returned from drilling a well at a school in El Salvador. While Darin and I served at the Cleveland Correctional Unit, many of the Prison Entrepreneurship Program (PEP) staff and volunteers asked about the mission. After we shared a few highlights and answered questions, several expressed a call to go on our next Dillon’s Friends trip in 2018.

Darin and I have a tradition of organizing teams to drill wells in Honduras and El Salvador but had decided that 2017 would be our last trip for a while. We were headed to Asia and other parts of the world to see God’s hands at work. We didn’t have the heart to tell these people there wouldn’t be a Living Water International (LWI) trip in 2018, but the requests kept coming, especially from men who’d previously been incarcerated.

This was extraordinary—a nearly full team one year in advance of departure. Darin and I could only assume God was trying to tell us to go back, and we needed to be obedient and plan another trip. One of the only weeks available was the Sunday after Thanksgiving! Our annual Thanksgiving road trip would have to be pushed, and we’d give thanks by serving in El Salvador.

The mission vine sprouted, the branches grew, and some were pruned to grow in a different direction. People committed to go and then withdrew. Mark and Robert were excited to join as they couldn’t go on the 2017 mission, because their houses flooded in Hurricane Harvey. They were able to apply their trip funds quickly to our 2018 trip.

I asked Carlos, the LWI El Salvador Director, if we could drill a well in another school, because it’s so much fun to spend time with hundreds of kids. Shouldn’t be a problem, and LWI found a sponsor for the well—Real Life Christian Church in Chesapeake, Virginia. We thought we were set.

As a serial planner and scheduler, this trip couldn’t have started and run any more smoothly, which was confirmation for me that this must be God’s plan. And then… Carlos reached out with a question, “How would you like to drill a well in a youth prison?” This one question changed everything, and I started to see a new direction for which this mission vine was reaching. Without hesitation we said, “Yes,” and soon learned that answering the call was the easy part. 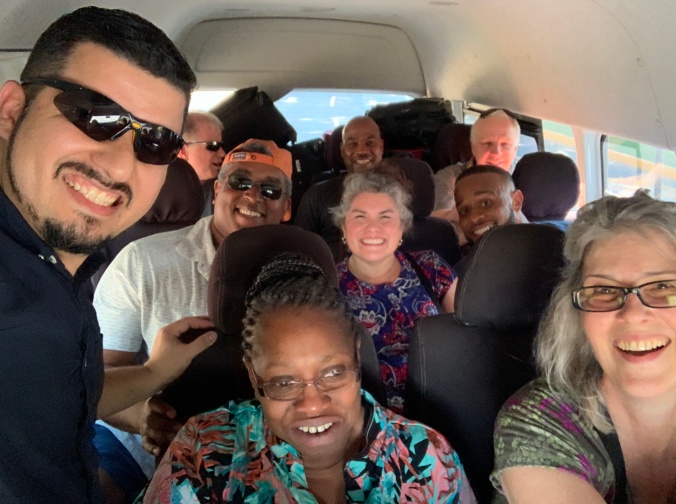 LWI had never drilled in a prison before—unchartered territory. A few times, we thought the prison mission wouldn’t happen. Yet at every turn, God was faithful, and we pressed on. Carlos had to get permission from LWI Headquarters to drill in a prison, find a new well sponsor, and secure sufficient safe housing for the team. We’d be too far away from the LWI house south of San Salvador to stay there. We waited for LWI Headquarters. Finally, they said, “Yes!” Casey’s other LWI team waned, and she brought her well sponsorship—dedicated to her grandson—to our team. Sponsorship—check!

Only a month before departure, Carlos sent a message that we may not be drilling in the prison, because he couldn’t find lodging. I replied, “If God wants this mission, He’ll make it happen.” And He did. Carlos found a place that could safely accommodate all of us on his very last look—Hotel Los Heroes.

Once we were 10, and then surprisingly we became 11. After reading my last journal entry, Marcus asked to join the team at the eleventh hour after learning we were going to prison. God was putting His final touches on the team. We have such a powerful team, many of whom have been on mission before with us. You could say we are a seasoned group except for Peggy, Charles’ mom, who affectionately became known to all as Mama Peggy.

Several mission mates, including those on the in-country LWI team, have known the pain of incarceration and its effect on their families. We also have Roberto, who was born in El Salvador and has a heart for his country’s people. We are the 11 disciples, the fishers of men. I prayed this trip would be a testimony of what a team can do when they lean into Him. I prayed our branches, attached to the vine of Jesus, would bring forth the living water to pour through us and into the staff and youth in the Ilobasco detention center, otherwise known as Freedom’s Path.

Feet on the Ground

We arrived in San Salvador, fighting the crowds of families at the airport, to find the white Aqua Viva van. Angel and Enrique would be our drilling masters with Norma and Kathy leading the hygiene/teaching team. After grabbing some local cafeteria food, we drove to Cojutepeque to settle into our hotel—home base for the week. The accommodations were a bit rough with no hot water and inconsistent running water. Most had air conditioning but not all. The owner struggled to keep A/C units in working order. We heard later that our stay was a blessing, because it gave the owner income to make repairs and sustain his business. 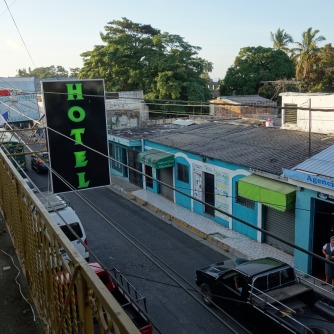 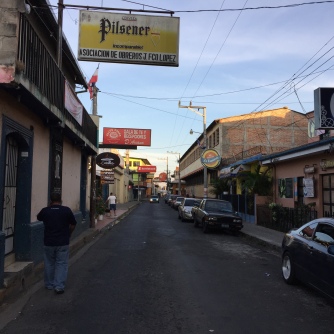 After checking in, we walked out of the hotel to hear a sermon preached through blaring loudspeakers. The Word was in Spanish. “Damn,” I told myself, “When am I going to learn Spanish.” We walked to a local coffee shop to plan for the week and hear the guidelines. Rule number one—be flexible. We are walking unchartered territory. Afterwards, we walked a few blocks to eat at the infamous Pollo Campero after shopping for snacks, water, and supplies at the Supermercado. After our stomachs were full of chicken in some form, we returned to the hotel for a good night’s sleep for tomorrow we drill. 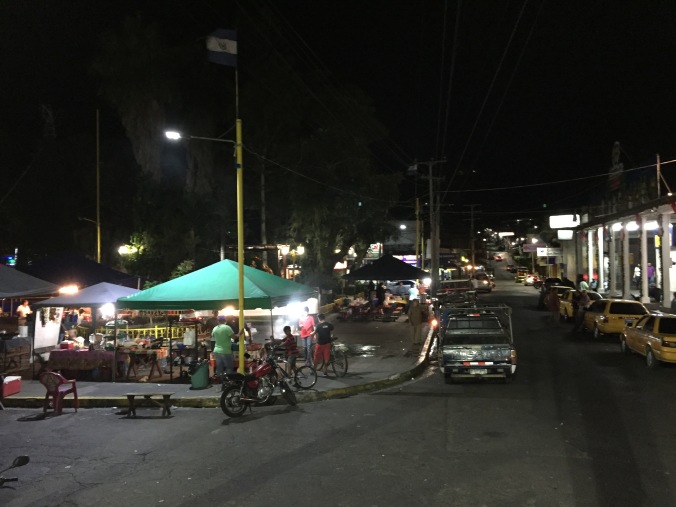 About the Author: Sandra Dillon is a professional coach with an extensive background in leadership, premarital/marriage, and financial coaching. She coaches individuals and couples as well as designs and facilitates workshops. She has a passion to help people be the best versions of themselves.  You can learn more about Sandra by visiting her website at www.shinecrossingsministry.com.