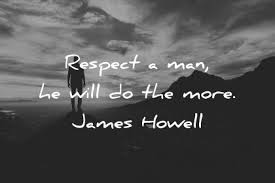 Inspired by the books The Five Love Languages and Love & Respect, my marriage and relationship coaching have revealed what I call The Five Respect Languages that Make Men Feel Loved. Our culture talks endlessly about love but doesn’t talk enough about the love languages that speak specifically to boyfriends, husbands, and fathers. These five languages all reflect concepts of RESPECT. Respect is such a big word that if you ask five different men what it means, you will likely get five different definitions. However, I would guess that each description would refer to one of my five respect languages. What are they?

In today’s culture, many women are leading their families and letting their husbands take a backseat. In some cases, this role reversal stems from family modeling during childhood, where mothers made most of the decisions. In other cases, wives grab the leadership reins, because they don’t trust their husbands to lead well. Men want to lead their wives and families. Depending on their personality, some will fight for the leadership position while others will disengage. Husbands feel loved when their spouse shows their faith by entrusting them with the leadership role.

Every husband knows that his wife isn’t going to agree with every decision he makes. But if he honors her by seeking her counsel before making a decision that’s in the best interest of the family, he wants her support. The goal is not agreement but consensus. When a wife supports her husband’s decision in words and actions and is an active team member to make his decision come alive, a husband feels his wife’s love.

A husband likely makes personal sacrifices of time and money to provide for his wife and children and secure their comfort and security. He may choose to work two shifts to pay for college, take a job to make enough money so his wife can stay home, or secure a second job to pay for his kids’ sports fees. Giving words of affirmation, gifts, or serving him in ways that make his life easier lets him know that his wife recognizes and appreciates his efforts. Appreciation is a key metric in showing a man respect for what he does for his family.

Men are designed to be hunters and conquerors. They set their sights on a goal, develop a plan, and then act. When a wife recognizes her husband’s accomplishments with her words to him and speaks positively of him to her family and friends, he feels appreciated. Good job! Well done! Men like to be acknowledged for what they achieve whether at the office or in the home. Praise makes him feel valued and that he’s doing the right things.

Stand by him. Every man wants to know when the times get tough, and it’s only a matter of time before tough times come, that his partner won’t leave. Husbands want a teammate, cheerleader, and someone who will be by his side. When the world is against him, he wants a wife whom he can count on, and one who is praying for him.

In my practice, I find women prefer to be loved and men want to be respected. It’s as simple as that. If we truly love one another, we will love people in the language that speaks to them. If you’re a wife, ask yourself how well you are loving your husband with the respect languages. Then ask your husband what he thinks. See where the conversation goes!

About the Author: Sandra Dillon is a professional coach with an extensive background in premarital/marriage, finances, ministry, and leadership. She coaches individuals and couples to be the best versions of themselves. You can contact Sandra at shinecrossings@gmail.com