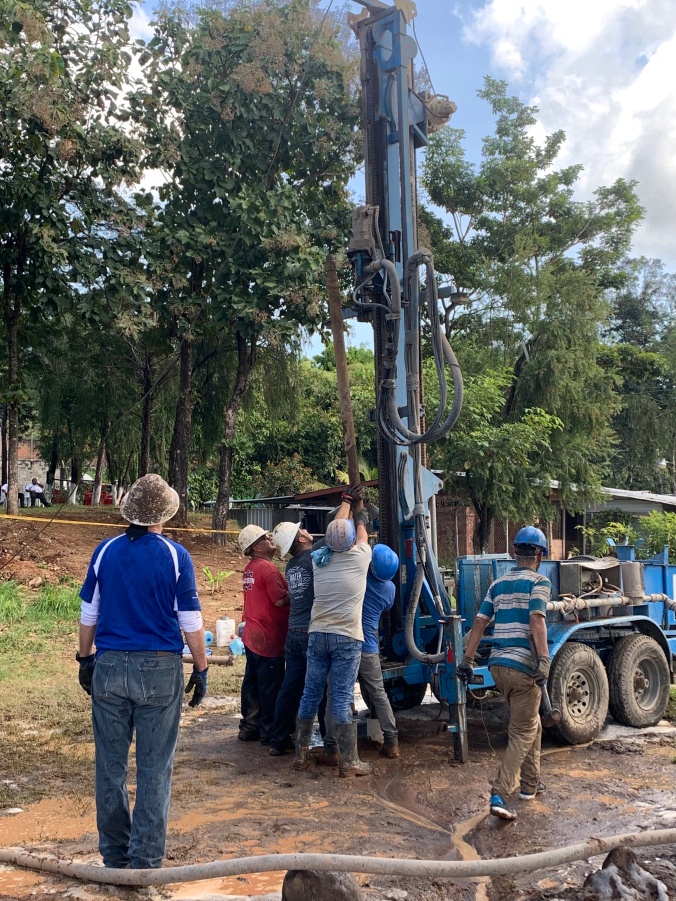 “Consider it pure joy, my brothers and sisters, whenever you face trials of many kinds, because you know that the testing of your faith produces perseverance. Let perseverance finish its work so that you may be mature and complete, not lacking anything.”

How Will You Be Shaped?

Will Abel shared a morning devotional where he pulled out a handful of compressed clay from the drill site. He suggested this large clump of clay symbolized us and asked, “How will you be shaped?” How will adversity work on you and how will you respond? 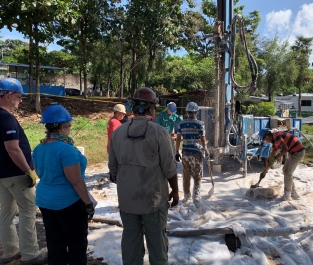 Lack of a father figure has certainly shaped each boys in prison and probably contributed to their incarceration. Carlos previously mentioned that prison in El Salvador focuses on punishment only and not rehabilitation. For this reason, we were encouraged in the Freedom’s Path Program. Give them skills! Give them hope! Marcus shared his thought that Freedom’s Path may be focusing on skill development to help the boys be successful on the outside, but the real solution is a heart change. Give them skills and Jesus!

This discussion made me think of Dwayne, a Prison Entrepreneurship Program (PEP) graduate, who shared that the transition portion of the program contributed most in keeping his life on the stairway to heaven as opposed to the highway to hell. He wanted to do right after release but was prepared to go back to his old criminal ways to survive. I believe a heart change with support that makes room for better choices is the winning formula to reduce recidivism. The good news was Dwayne got the support he needed to do better.

How Deep Is the Well?

The boys and staff were grateful for the sustainable volume of water we planned to provide with the borehole and pump. Their plan future goal is to clear the acreage at the fence line near the pump site, build tilapia ponds, and farm the land. This well will provide the sustainable volume of water needed to execute the projects that will provide work skills for the boys.

Although the team hit water at 230 ft last night, we needed to go farther to hit a large underground stream of sustainable water to support the commercial projects. Unfortunately, the drilling capacity of the rig had already been exceeded, and we needed a new rig that could go upward of 300 ft. LWI had a second rig in the shop that could handle the depth and had to get it to the site.  Ugh! 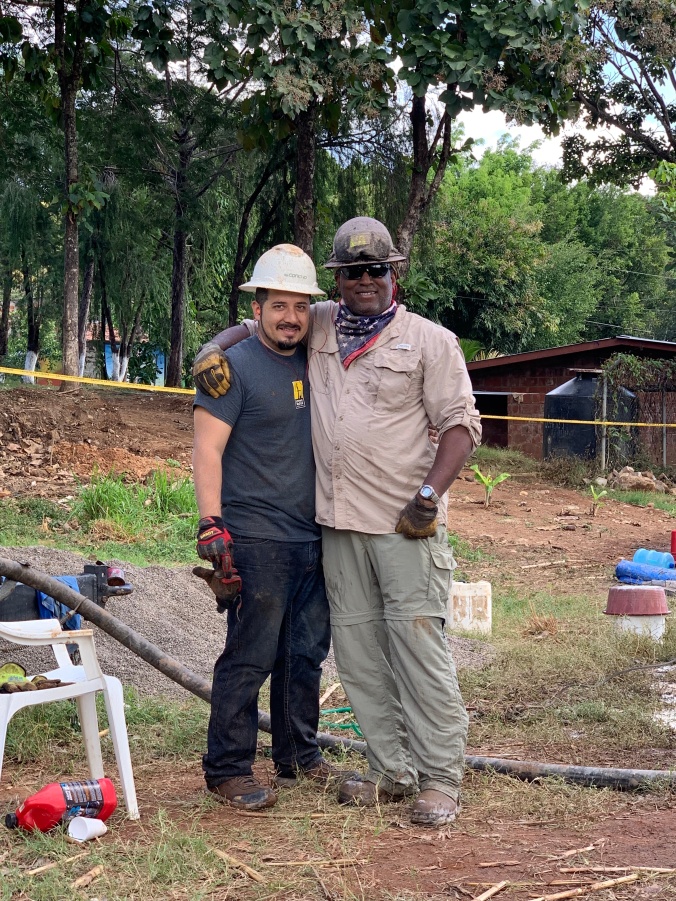 Thursday was mostly spent undoing and doing what we had spent the week doing [tongue twister]. The team pulled out over 200 feet of pipe and placed the second rig to continue drilling. The process wasn’t easy for several reasons. The second rig was in bad condition and needed a major overhaul. We bandaged up the rig as best we could and then re-drilled through the same hole. The second drill is never a perfect fit, so the bit hit the sides of the wall based on the drilling angle. With that said, re-drilling the same borehole is definitely easier and goes much faster than the first time. 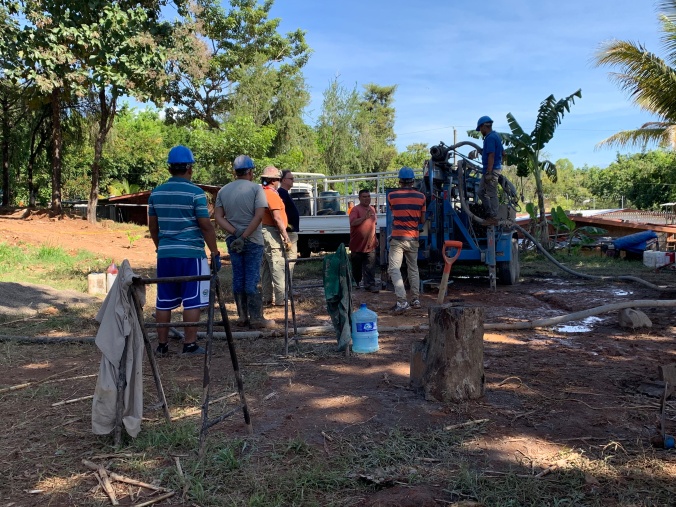 If all went according to plan, this morning would have been the installation of the pump guts and well dedication. We would have been saying our “good-byes” and heading home with the satisfaction of a job well done. God had a different plan.

The entire team hung around the drill site drilling, watching, or talking, because the boys had their weekly visitation. No praise/worship or classes for us to lead today. Eventually the diesel tank sprung a leak near the end of day. Really? It was now obvious that the well would not be completed before we returned to the States. We called it a day. The LWI staff and boys would have to come back next week to finish it without the American team. The team was disappointed in not finishing what we set out to accomplish, but the bright side was we would come back tomorrow to celebrate with the boys.

The team had a dream. A dream to bring sustainable, clean water to Freedom’s Path. What I love about mission is that we go with one dream and come back with many more. When I asked some of the team members where they thought this mission was leading them as next steps, both Audra and Casey talked about fostering kids. Audra was especially interested in emergency fostering.

Roberto was able to talk with everyone due to his fluent Spanish and English. He shared how the Director and staff of Freedom’s Path invited any and all of us back without Living Water. She said that other local ministry groups come regularly, but they don’t have the impact that we’ve had with these boys in this short week. We have an open invitation to return at any time and in any capacity. I guess the prize isn’t the well and the physical water as much as it is that we moved these boys’ hearts and brought living water. 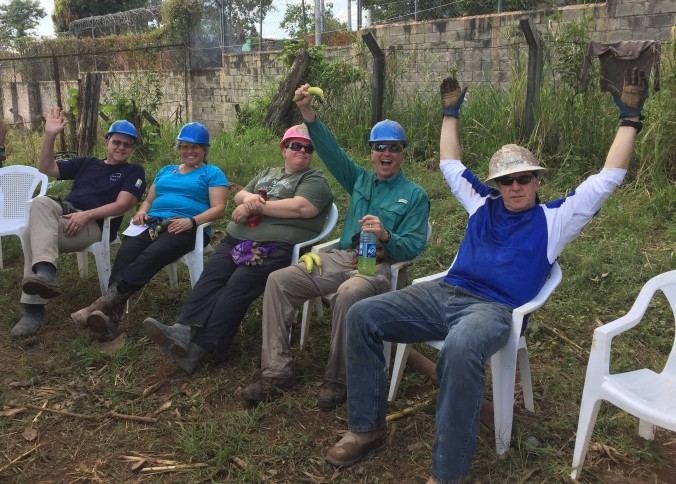 Photos were restricted. For the safety of the staff and youth no photos of their faces are allowed on social media.

About the Author: Sandra Dillon is a professional coach with an extensive background in leadership, premarital/marriage, and finances. She coaches individuals and couples as well as designs and facilitates workshops. She has a passion to help people be the best versions of themselves. You can learn more about Sandra by visiting her at www.shinecrossingsministry.com.