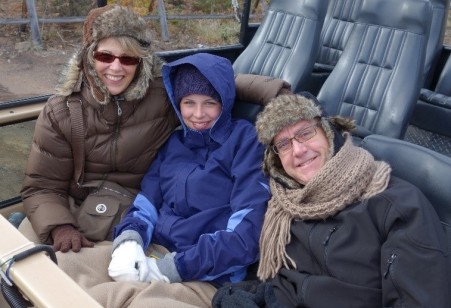 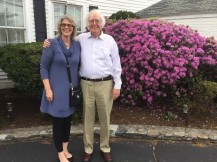 It’s easy for me to write a tribute to motherhood, because I feel blessed to be both a daughter and mother and have strong relationships with both. A tribute to fatherhood feels more mental rather than heartfelt, perhaps because of my hot/cold relationships with men, who have been fathers and husbands in my life. I believe fatherhood gets second billing over mothers, because most mothers pick up the slack when fathers falter, but the reverse is not as common. This phenomenon has been true in my life.

My parents divorced when I was six, and my father chose to disappear. My mother became both mom and dad. When I was 12, my mother entered into a long-term relationship with a man whom I lovingly called my step-dad.

I married at 30, and we had a daughter together. Our relationship was tumultuous from the beginning, and I filed for divorce after 15 years. After dating for 5 years, I married my current husband who is truly a “mini-me”.  You could say the second time around with fathers and husbands was much sweeter and ended well after a rough start.

My step-dad passed several years ago, and my now husband found my biological father. Deciding I wanted to meet him, a few short months ago, we flew to Boston to have dinner with him and his girlfriend of 35 years. My bio father was not interested in discussing the past, asking for forgiveness, or making amends. He only wanted to focus on the future—a future where I would personally have to take the initiative.

My first husband suffered from personal demons that made it difficult for him to trust women and that’s just the start on the underlying issues that plagued my marriage. I believe that we all have to live with the suffering of our poor choices, but it pains me to know that my choice in a husband was also a decision on the father that I was going to give my daughter. Needless to say, my daughter doesn’t have a fairytale relationship with her father but that would be her story to tell.

My story continues to be written with my second husband who is the partner God brought into my life. Not only does he represent what it means to be a husband but also a father. He loves me and my daughter. Although my daughter was 17 when she met him, he is like the step-dad to her that I had. She indeed sees how a man is to treat a woman.

I feel blessed to have my Darin as both a husband and a father to my daughter. Fathers serve an important role in their children’s lives at any age. They show daughters how a man should treat them, show boys what it means to be a man, and models to both what a healthy and loving marriage looks like. Here’s to all the great fathers who take their roles seriously, and a special tribute to those men who voluntarily step into the role of father when they see a gap that needs to be filled. Happy Father’s Day to the men who sacrifice every day of the year for their families. Your gift of fatherhood is immeasurable.

About the Author: Sandra Dillon is a professional coach with an extensive background in leadership and premarital/marriage coaching.  She coaches individuals and couples as well as designs and facilitates workshops.  She has a passion to help people be the best versions of themselves.  You can learn more about Sandra by visiting her website at www.shinecrossingsministry.com.